The primary purpose of Docker-in-Docker was to help with the development of Docker itself. Many people use it to run CI (e.g. with Jenkins), which seems fine at first, but they run into many “interesting” problems that can be avoided by bind-mounting the Docker socket into your Jenkins container instead.

Let’s see what this means. If you want the short solution without the details, just scroll to the bottom of this article. ☺

Update (July 2020) : when I wrote this blog post in 2015, the only way to run Docker-in-Docker was to use the -privileged flag in Docker. Today, the landscape is very different. Container security and sandboxing advanced very significantly, with e.g. rootless containers and tools like sysbox. The latter lets you run Docker-in-Docker without the -privileged flag, and even comes with optimizations for some specific scenarios, like running multiple nodes of a Kubernetes cluster as ordinary containers. This article has been updated to reflect that!

More than two years ago, I contributed the -privileged flag in Docker and wrote the first version of dind. The goal was to help the core team to work faster on Docker development. Before Docker-in-Docker, the typical development cycle was:

And if you wanted to a nice, reproducible build (i.e. in a container), it was a bit more convoluted:

With the advent of Docker-in-Docker, this was simplified to:

However, contrary to popular belief, Docker-in-Docker is not 100% made of sparkles, ponies, and unicorns. What I mean here is that there are a few issues to be aware of.

One is about LSM (Linux Security Modules) like AppArmor and SELinux: when starting a container, the “inner Docker” might try to apply security profiles that will conflict or confuse the “outer Docker.” This was actually the hardest problem to solve when trying to merge the original implementation of the -privileged flag. My changes worked (and all tests would pass) on my Debian machine and Ubuntu test VMs, but it would crash and burn on Michael Crosby’s machine (which was Fedora if I remember well). I can’t remember the exact cause of the issue, but it might have been because Mike is a wise person who runs with SELINUX=enforce (I was using AppArmor) and my changes didn’t take SELinux profiles into account.

The second issue is linked to storage drivers. When you run Docker in Docker, the outer Docker runs on top of a normal filesystem (EXT4, BTRFS, what have you) but the inner Docker runs on top of a copy-on-write system (AUFS, BTRFS, Device Mapper, etc., depending on what the outer Docker is setup to use). There are many combinations that won’t work. For instance, you cannot run AUFS on top of AUFS. If you run BTRFS on top of BTRFS, it should work at first, but once you have nested subvolumes, removing the parent subvolume will fail. Device Mapper is not namespaced, so if multiple instances of Docker use it on the same machine, they will all be able to see (and affect) each other’s image and container backing devices. No bueno.

There are workarounds for many of those issues; for instance, if you want to use AUFS in the inner Docker, just promote /var/lib/docker to be a volume and you’ll be fine. Docker added some basic namespacing to Device Mapper target names, so that if multiple invocations of Docker run on the same machine, they won’t step on each other.

Yet, the setup is not entirely straightforward, as you can see from those issues on the dind repository on GitHub.

And what about the build cache? That one can get pretty tricky too. People often ask me, “I’m running Docker-in-Docker; how can I use the images located on my host, rather than pulling everything again in my inner Docker?” 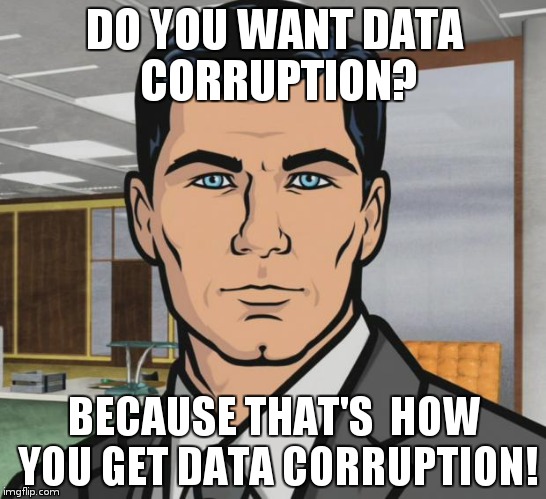 The Docker daemon was explicitly designed to have exclusive access to /var/lib/docker. Nothing else should touch, poke, or tickle any of the Docker files hidden there.

Why is that? It’s one of the hard learned lessons from the dotCloud days. The dotCloud container engine worked by having multiple processes accessing /var/lib/dotcloud simultaneously. Clever tricks like atomic file replacement (instead of in-place editing), peppering the code with advisory and mandatory locking, and other experiments with safe-ish systems like SQLite and BDB only got us so far; and when we refactored our container engine (which eventually became Docker) one of the big design decisions was to gather all the container operations under a single daemon and be done with all that concurrent access nonsense.

(Don’t get me wrong: it’s totally possible to do something nice and reliable and fast involving multiple processes and state-of-the-art concurrency management; but we think that it’s simpler, as well as easier to write and to maintain, to go with the single actor model of Docker.)

This means that if you share your /var/lib/docker directory between multiple Docker instances, you’re gonna have a bad time. Of course, it might work, especially during early testing. “Look ma, I can docker run ubuntu!” But try to do something more involved (pull the same image from two different instances…) and watch the world burn.

This means that if your CI system does builds and rebuilds, each time you’ll restart your Docker-in-Docker container, you might be nuking its cache. That’s really not cool.

Docker-in-Docker: and then it gets better

You certainly have heard some variant of that famous quote by Mark Twain: “They didn’t know it was impossible, so they did it.”

Many folks tried to run Docker-in-Docker safely. A few years ago, I had modest success with user namespaces and some really nasty hacks (including mocking the cgroups pseudo-fs structure over tmpfs mounts so that the container runtime wouldn’t complain too much; fun times) but it appeared that a clean solution would be a major endeavor.

Sysbox also provides optimizations to run containers-in-containers. Specifically, when running multiple instances of Docker side by side, it is possible to “seed” them with a shared set of images. This saves both a lot of disk space and a lot of time, and I think this makes a huge difference when running e.g. Kubernetes nodes in containers.

(Running Kubernetes nodes in containers can be particularly useful for CI/CD, when you want to deploy a Kubernetes staging app or run tests in its own cluster, without the infrastructure cost and time overhead of deploying a full cluster on dedicated machines.)

Long story short: if your use case really absolutely mandates Docker-in-Docker, have a look at sysbox, it might be what you need.

Let’s take a step back here. Do you really want Docker-in-Docker? Or do you just want to be able to run Docker (specifically: build, run, sometimes push containers and images) from your CI system, while this CI system itself is in a container?

I’m going to bet that most people want the latter. All you want is a solution so that your CI system like Jenkins can start containers.

And the simplest way is to just expose the Docker socket to your CI container, by bind-mounting it with the -v flag.

Simply put, when you start your CI container (Jenkins or other), instead of hacking something together with Docker-in-Docker, start it with:

Now this container will have access to the Docker socket, and will therefore be able to start containers. Except that instead of starting “child” containers, it will start “sibling” containers.

Try it out, using the docker official image (which contains the Docker binary):

⚠️ Former versions of this post advised to bind-mount the docker binary from the host to the container. This is not reliable anymore, because the Docker Engine is no longer distributed as (almost) static libraries.

If you want to use e.g. Docker from your Jenkins CI system, you have multiple options: